India is the largest democracy in the world and some of the biggest organizations in the world are managed by the Indian government. After independence, India inherited a lot of functionality and laws from British. Over a period of time, these laws and procedures seemed to be ineffective in handling big public departments. From time to time people have raised their voice against the corrupt activities in governmental offices and contracts. In India, laws are often misused to provide an advantage to a group of people.

A “Whistle Blower” is a person who exposes any kind of information or activity that is deemed illegal, dishonest, or not correct within an organization. Here we are presenting a list of whistleblowers in India who fought against the illegal and corrupt system and suffered heavily. 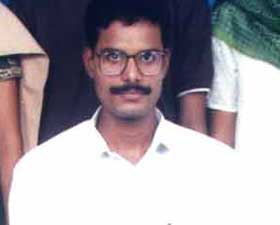 1: Satyendra Dubey (1973–2003):- He was an Indian Engineering Service (IES) officer posted as Project Director in the National Highways Authority of India (N.H.A.I) at Koderma. Indian Government led by Atal Bihari Vajpayee started ambitious Golden Quadrilateral project to connect all major cities of India via four and six-lane highways. At this time he was responsible for the expansion of Aurangabad-Barachatti section of National Highway 2. He discovered that Larsen and Toubro had taken a contract from the Indian government and passed it to smaller contract mafias who were incapable of handling such a large scale project. Apart from this, he noticed that proper procedure and quality was not maintained while constructing the roads. He wrote to his senior officials in N.H.A.I and when he didn’t get a proper response he wrote directly to Prime Minister Atal Bihari Vajpayee. He requested that his identity to be kept secret but the letter along with his bio-data was forwarded to Ministry of Road Transport and Highways. While returning from a wedding in Varanasi he was murdered in Gaya, Bihar on 27 November 2003. 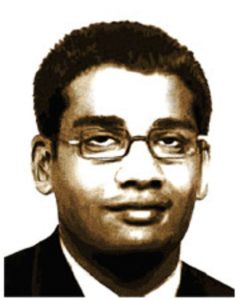 2: Shanmugam Manjunath (1978 – 2005):- He was a manager at Indian Oil Corporation (IOC) posted in Lakhimpur Kheri in Uttar Pradesh. Manjunath was murdered for sealing a corrupt petrol station which was selling adulterated fuel. He had sealed two petrol pumps in Lakhimpur Kheri for three months and when they started operating again he took a surprise raid to check the quality of fuel. He was shot six times and his dead body was found in the back seat of his car. This news created a huge outcry in nation and media. Sessions court found all accused guilty and sentenced them to death. Allahabad high court changed the verdict to life imprisonment of 5 while acquitting the other two. Indian Oil Corporation paid a compensation of 2.6 million INR to Manjunath’s Family. 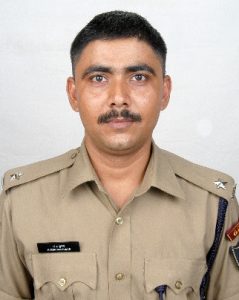 3: Narendra Kumar (1979–2012): Narendra Kumar was an Indian Police Service (I.P.S) officer from 2009 batch and he was posted in Morena district of Indian state of Madhya Pradesh. Morena district is famous for the fine quality of sand found in Chambal River bed which is used in the construction of buildings, and in past years illegal mining is rampant in not only Morena District but in many parts of Madhya Pradesh. Narendra Kumar was posted as a sub-divisional police officer in Morena district and he had been trying to stop illegal quarrying in the area. On 8th March he received information about illegally mined stones being carried in a tractor. He went to check if the information was true or not. He reached the spot and asked the driver to stop but the tractor driver ignored his warning and ran vehicle over him. 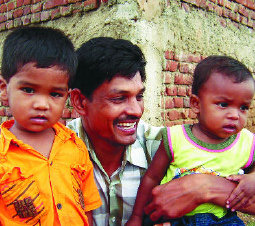 4: Lalit Mehta (1972–2008): Lalit Mehta was a Right to Information (R.T.I) activist who had exposed ongoing scams in National Rural Employment Guarantee Act in Palamau District of Jharkhand. Lalit Mehta was an engineer turned social activist. He was actively involved in activities that sought to advance rural employment, basic health facilities, right to food, and child rights. At the time he was working as a full-time activist of the Right to Food Campaign. He was also the secretary of the Vikas Sahyog Kendra (VSK), a non-governmental organization based in Palamau. On the evening of 14th May 2008, he was traveling back to Chatarpur on his motorbike when he was attacked and killed. The Chhatarpur Police found his mutilated body and a belt around his neck Kandaghati in Chhatarpur on May 15. He was strangled and his face was smashed to deformed beyond recognition. It was suspected that he was murdered by “people who siphoned off NREGS funds”. National RTI Forum started Lalit Mehta RTI Gallantry Award, honoring his contribution in exposing scams via R.T.I. 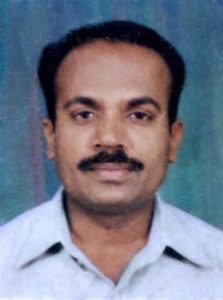 5: SP Mahantesh: He was serving as a Deputy Director of Cooperative Audit in Karnataka. Through his investigation, he found that there were several irregularities in land acquisition, layout formation and allotment of sites and it involved many officials and politicians. He had prepared an audit report of the BEML Employees’ Cooperative Society, which was accused of making improper land allotments to several influential persons. He was attacked thrice prior to final assault that claimed his life on 15th may 2012.On the evening of 15th may he was driving home in his Maruti 800 when he was stopped by four assailants. Attackers first dragged him out and beat him with iron rods and punches. When he went unconscious, his body was thrown on sharp stones. This whole accident happened in a high-security zone where chief justice of Karnataka lives but according to police out of 16 CCTV cameras, none was able to record footage as it was raining heavily that day. The 48-year-old died five days later due to a cardiac arrest. 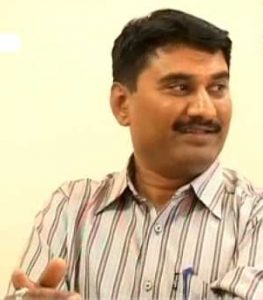 6: Amit Jethwa (1975 – 2010): He was an Indian environmentalist and social worker and he worked actively in the Gir Forest area near Junagadh, Gujarat. During his work as a social worker, he found that illegal mining was carried out in protected areas and he charged Bharatiya Janata Party (BJP) Member of Parliament, Dinu Solanki as the main culprit. He was working as the president of the Gir Nature Youth Club and he was the one who highlighted the use of a Chinkara deer in a scene in the movie Lagaan and opposed a Bhuj court decision which put a stay on inquiry against the actor-director Aamir Khan. Not only this but he was also instrumental in the five-year jail term of Bollywood actor Salman Khan for shooting an endangered Chinkara deer. On 20th July, soon after he filed a case against BJP MP, he had gone to meet his lawyer near the Gujarat High court in Ahmedabad. As he was leaving the complex, two assailants on a motorcycle shot him at close range with a country-made pistol. He fought bravely with the assailants but they were able to escape. In the initial days of inquiry, Gujrat police gave a clean chit to Dinu Solanki but this was severely criticized. Later the case was transferred to CBI and in November 2013 Dinu Solanki was arrested by CBI. [wp_ad_camp_4] 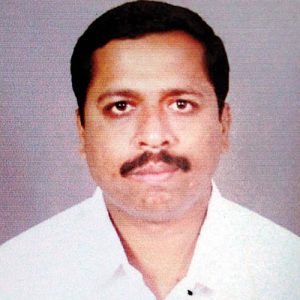 7: Satish Shetty (1970 – 2010): Satish was an Indian social activist and he was noted for exposing many land scams in the Indian state of Maharashtra. He had used the Right to Information Act to expose irregularities in Government offices and construction work carried out in Maharashtra. Shetty was a systematic whistleblower and he was credited with throwing light on several major land scams in the Talegaon—Lonavala regions a famous region in Maharashtra for Real- Estate developers and retailers. He also exposed the corruption in the construction of country’s first expressway the Mumbai—Pune expressway. In the morning of 13th January, he was attacked by three to four masked men with butcher’s knives when he was reading a newspaper at a kiosk at around 7 on his way home from a morning walk. The police investigations proposed a different theory for the murder, and eventually, the case was transferred to CBI. 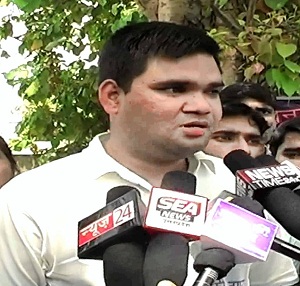 8: Rinku Singh Rahi: He was Provincial Civil services (PCS) civil servant and he was fighting against corruption in sponsored welfare schemes in Uttar Pradesh (UP). He was born in Aligarh and completed his B.Tech degree in Metallurgy at NIT, Jamshedpur in 2002. In the same year, he scored All India 17th rank in GATE but he opted for a civil services career instead. Rahi ordered an inquiry into the allocation of funds by social welfare department in Muzaffarnagar over the last five years and he found discrepancies. Out of the allocated funds to be distributed as part of the Old-age pension scheme, money was taken for 62,447 people but only 47,707 beneficiaries received it. There were no records for 55 million rupees distributed to 22,000 OBC students and 110 million rupees distributed to all BPL families. He also went on hunger strike to draw the attention of Akhilesh Yadav government’s reply on his pending RTI applications. He was shot six times by local gangsters, damaging his jaw and the vision of one eye and he is currently working as a coordinator at Bhimrao Ambedkar coaching center in his hometown. [wp_ad_camp_2] 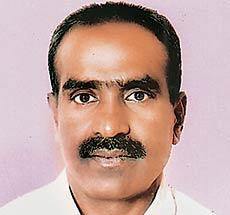 9: Yashwant Sonawane: He was posted as Additional District Collector of Malegaon (Maharashtra). He had received information about oil adulteration carried out at large scale in Malegaon. While going to Nandgaon he spotted a few trucks parked in a very suspicious manner near the roadside. Trucks of big oil companies like IOC, HPCL, and BPCL were parked. When he started investigating about the trucks a man named Popat Shinde, along with his men attacked the officer, beat him up and then set him on fire. He was declared dead on arrival at the hospital. 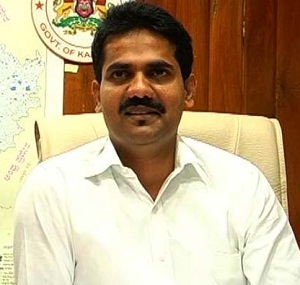 10: D. K Ravi (1979 – 2015): Doddakoppalu Kariyappa Ravi commonly known as D. K. Ravi was an Indian Administrative Service officer of Karnataka cadre from the 2009 batch. He was posted as Deputy Commissioner in Kolar district and was known as pro-people administrator and started crackdown on illegal sand mining and encroachment of government lands in Kolar and Gulbarga. Later on, he was transferred to Bangalore as Additional Commissioner of Commercial Taxes and there he prepared a list of many tax defaulters and set a target of 1000 crores to collect from tax evading defaulters. During first two weeks of his working he collected 138 crore INR from tax defaulters and came into limelight of many political goons. He received many threat calls from tax defaulters and sand mafia. On 16th March 2015 he was found dead with his body hanging on ceiling fan in his residence in Koramangala, Bangalore. The initial police investigation, forensic and medical evidence showed it a case of suicide but then protest erupted in cities where he worked and mass band was organized by opposition parties for handing over the inquiry to Central Bureau of Investigation (C.B.I). On 13 April 2015 the Centre ordered a CBI probe into the mysterious death of IAS officer DK Ravi and the case is still going on. [wp_ad_camp_5]

The list compiled by us is only a fraction of whistleblowers working in India. In recent times Whistleblowers have used Right to Information as their prime tool to gather information about various government schemes, their expenditure and corruption going in them. In the past five years, some 150 whistleblowers have allegedly been harassed or jailed for exposing corruption; while as many as 20 have been killed. You can also provide us information related to this and we would try to publish in our blog.