35 Hinduism Symbols and Meanings Every Hindu Should Know

Hinduism is a great religion and in last few articles, we focused on publishing interesting articles on Hinduism. We discussed what the Amazing facts about Hinduism are and what the Core Beliefs of Hinduism are. Although facts about Hinduism have been covered in our previous articles, we haven’t covered one topic in detail i.e. Hinduism Symbols and Meanings. All the religions of the world have symbols. Some are sacred, some points to the historical significance and some are used for worship. The amazing thing about Hinduism symbols is that they are not only used in prayers but also have scientific and spiritual importance. For example, a simple red dot worn on the forehead is both a mark of Religious Heritage and a personal reminder that we must see the world not only with our physical eyes but with the mind’s eye i.e. the eye of the soul. There are many symbols used in Hinduism and in this article we would discuss Hinduism symbols and meanings, what is the historical significance of symbols in Hinduism and Hindu mythology associated with these symbols.

Read Also: What is the Greatest Thing about Being Hindu

“Those who meditate upon Lord Mahadeva in his form of Lingam at the root of Bilva will obtain Moksha and become a purified soul by attaining Lord Shiva”.

“The swan is white, the crane is white, so how to differentiate between them?

With the milk-water test, the swan is proven swan, the crane is proven crane!” 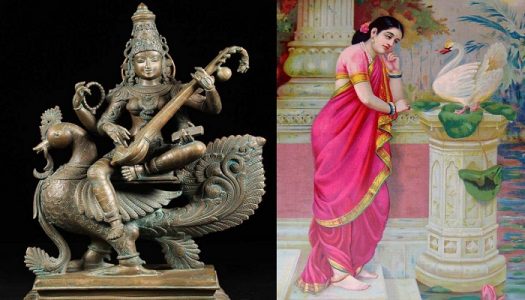 The Dashashwamedh Ghat It is one of the oldest, m